THE PRINT I HATE, BUT LOVE 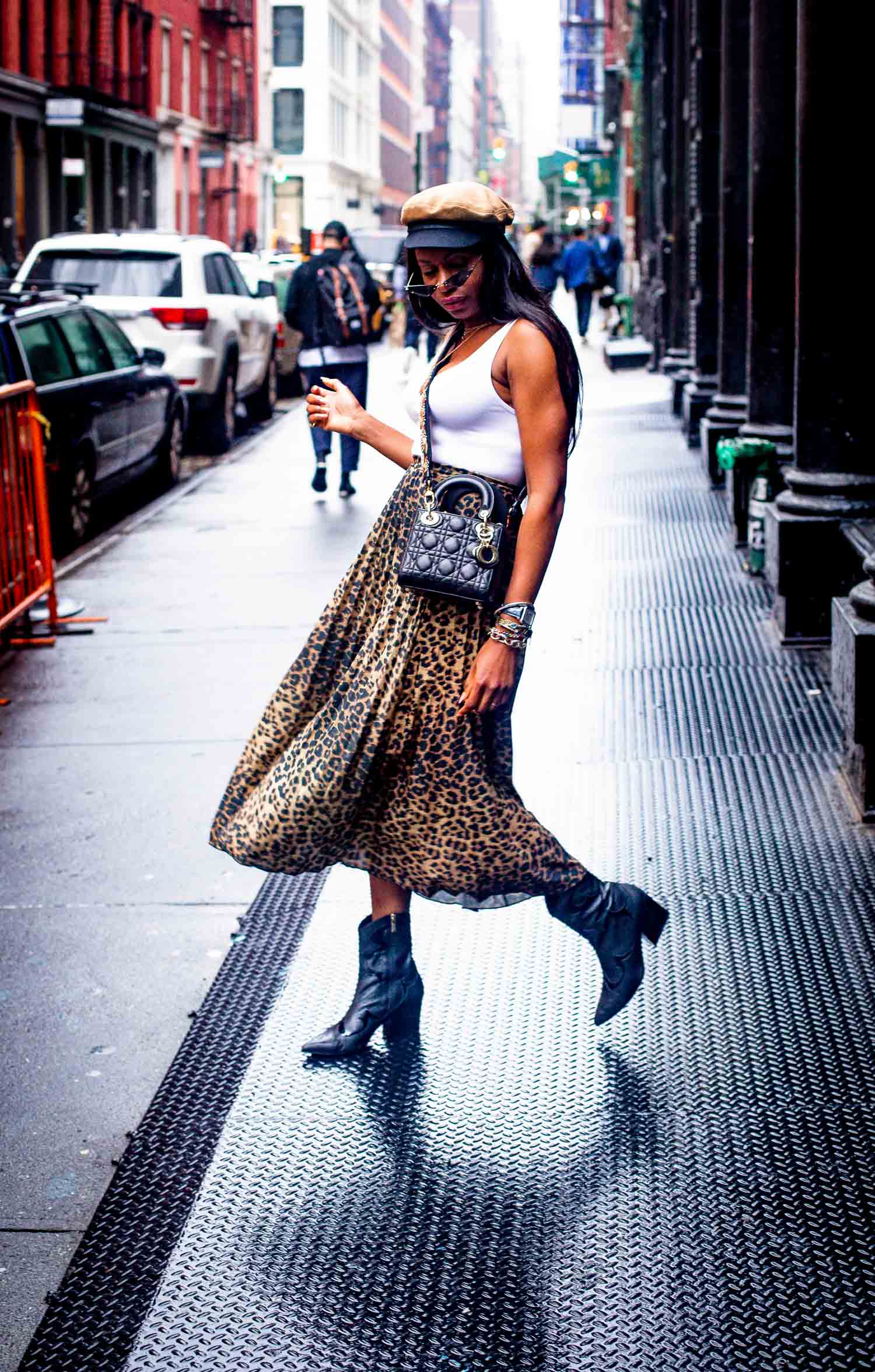 Why I can’t stop wearing Leopard print pieces this season

I have always shied away from wearing leopard print. I suppose it’s because I felt the print was slightly obnoxious. Only recently have I found leopard print pieces that are slick, classic, and even a little subtle. In the past, I believe most of the leopard print silhouettes I found to be slightly tacky. The hues were either too bright or the print too loud. 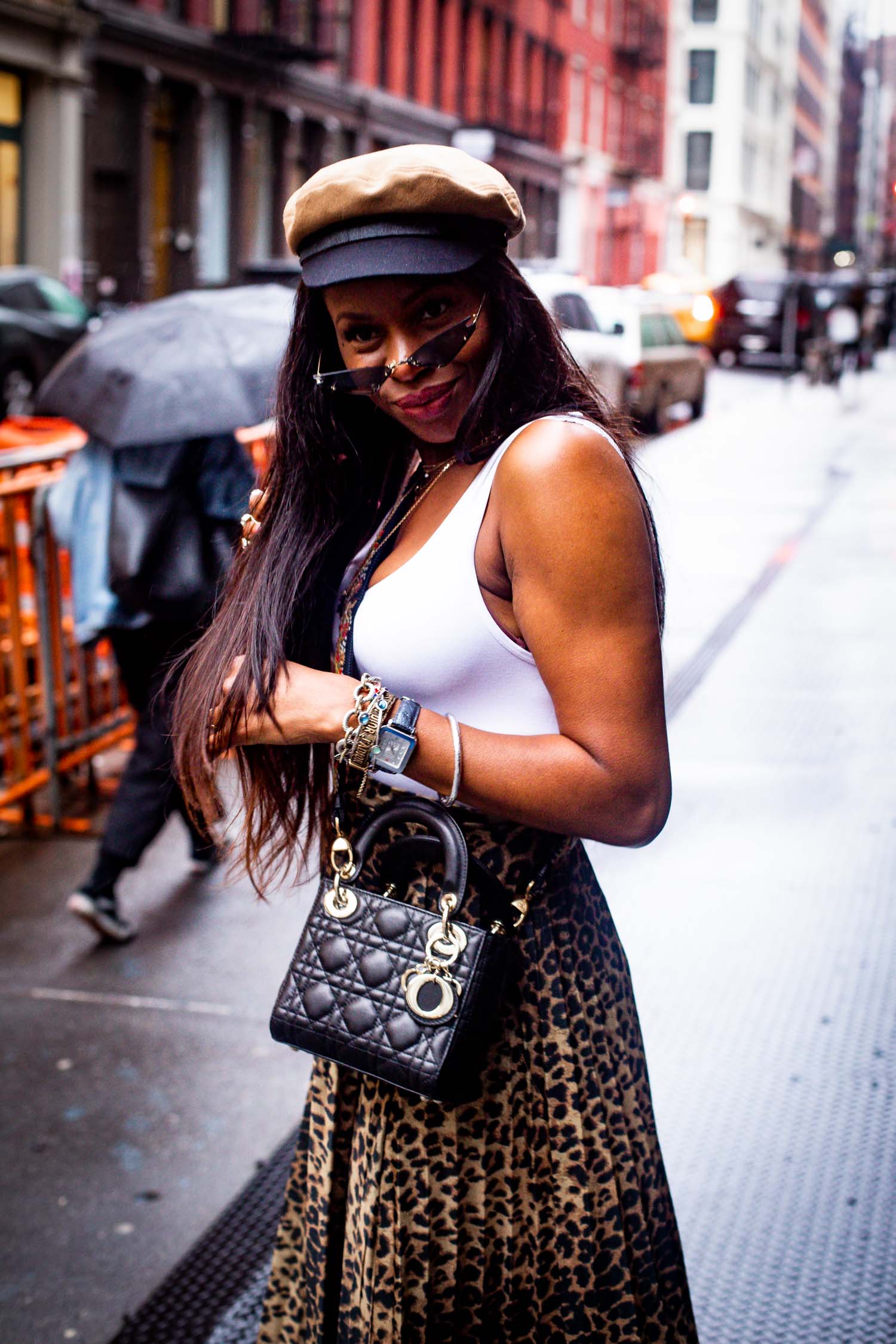 Over the last two years, I have found that the print has taken a turn for the better. Classic, and chic, silhouettes are being produced featuring this animal print. Don’t get me wrong classic silhouettes were being produced in the print in the past, however I just did not like what I saw. The fabrics were mostly polyester, and the colors used in replicating the print were too bright. The new leopard print is modern. It is subtle, stylish, and features better fabric selections. The new Leopard appeals to even the biggest critics of the print. 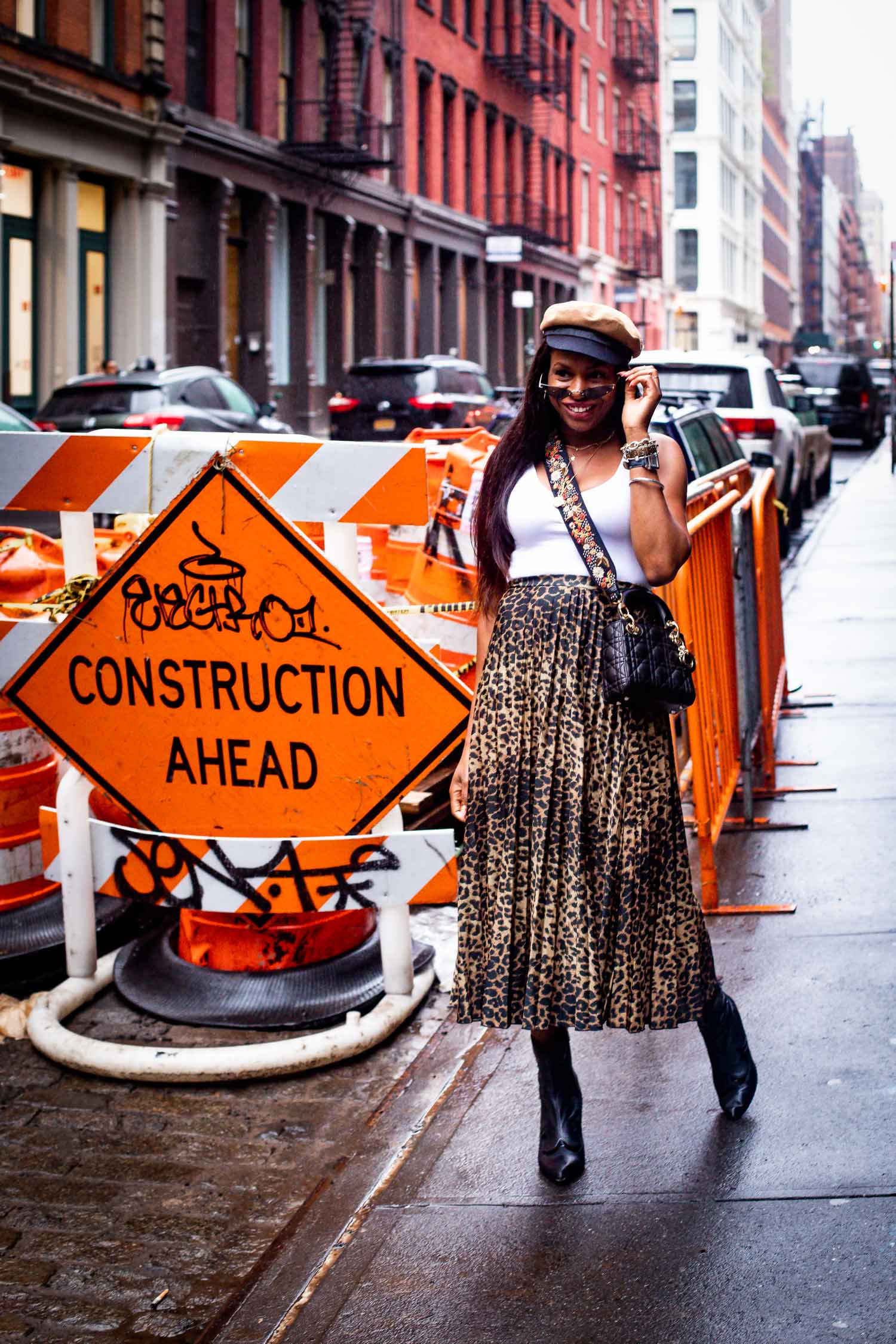 pleated leopard midi skirt sold out, love these options (here) and (here)  .  white tank top .  mini lady Dior .  cowboy boots .  hat .  sunglasses
Needless to say I have come along way from my days of feeling like leopard print was tacky and not worthy to be featured in my outfit of the day. This past fashion week the one trend that could not be denied was leopard print. Not only was it featured during New York fashion week has one of the most sought after trends, it was seen in Milan, London, and Paris. The New wave of leopard print can be accredited to major fashion designers and retailers taking on the trend, and putting a modern spin on it. If there is ever going to be a time for you to try the leopard print, now is the time. With so many amazing pieces featuring the trend you can’t go wrong infusing it into your look of the day.

Now that I am on board with the print, I realized that it’s still easy to get leopard wrong. Even modern leopard can be a total fashion disaster. Head-to-toe leopard can still come across as being too much. The key to making the print work is breaking it up with other separates (tops, blazers etc) that will tone down the print slightly. You can do this by pairing your Leopard print bottoms with a black top, or a white shirt. Another example would be to pair a leopard midi dress with a blazer or denim jacket. By introducing neutral pieces to your print, you prevent it from being overwhelming to the eye. Pairing leopard with clean, separates give it a modern, yet street-chic look, making it easy to feature the print in your outfit of the day.